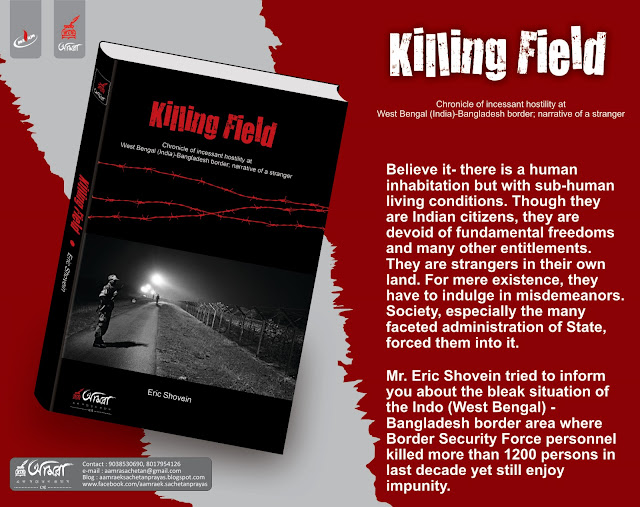 10 February 2013
lois kapila
KOLKATA, 10 FEB: Human rights NGO MASUM and 'AAMRA' Ek Sachetan Prayas launched a new book at the International Kolkata Book Fair, exploring what the head of the organisation, Mr Kirity Roy, says is continued abuse of the local population in some border areas of West Bengal by the Border Security Force. Written by a US Law student Eric Shovein, after he spent two months in Murshidadad and North 24-Parganas, Killing Field was released on saturday in the presence of Justice Malay Sengupta, the ex-Chief Justice of Sikkim High Court, and Mr AK Parashar, joint registrar at the National Human Rights Commission. Mr Parashar said he is yet to read the book, but if what he has heard about the contents are true then there are "serious human rights violations" going on. sns
Posted by আমরা এক সচেতন প্রয়াস at 05:23