Mapping Recent Riots in West Bengal: Seminar on Basirhat-Baduria and beyond 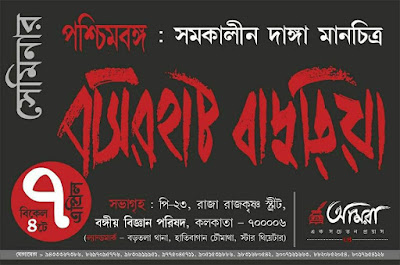 AAMRA had organised a seminar centering on Basirhat-Baduria violence. On 7th April 2018 at Bangyo Biggyan Parishad Bhavan. The seminar was aimed at having a discourse on the recent events of polarisation in West Bengal beginning with events of religious conversion in Birbhum, through the aspects of Kaliachak violence, Dhulagarh incident and dimensions of Naihati-Hajinagar-Chandannagore to the most recent events of Asansol-Ranigung. We have conserdered Basirhat-Baduria as a case in the broad spectrum of relisious polarisation of West Bengal. Basirhat-Baduria is one of the typical cases baecause of three reasons, first, the event showed considerable evidence of organised polarisation, second, it begin with one of the most recent trends of polarisation, i.e., through social media and third, the conflict continued for a considerable period of time.
While focusing on the case, our attempt was centered on a) somewhat detailed account of the events of Basirhat-Baduria, b) unearthing of some of the major themes and domains of Basirhat-Baduria having generalised trends, and c) an attempt to map the existing forms of polarised practices in West bengal through the lens of broad social-scientific dimensions of conflict studies.

It was one of the first major thunderstorms taking place outside when AAMRA started the seminar. The weather became cool but of course, we were skeptical about people's attendance. However, as the event began we could see the seminar hall is filled with interested and interactive listeners. The seminar began with showing a a documentary entitled "Hok-er Ghor" by Faqrul-Arefin followed by a little discussion on the movie. We then quickly move towards our main event which is as follows.
Subhapratim Roychowdhury talked about AAMRA'S missions and how far the organisation has been able to meet its aims. Then he concentrated on the recent issues of polarisation in west bengal and elsewhere.

Md Faruqueul Islam gave a quick summary on the Basirhat and Baduria and pointed how AAMRA is methodologically different fron other media houses.
Suman Nath made a presentation of the major qualitative dimensions of the Basirhat and Baduria violence along with narratives from the fieldwork.
Mohit Ranadip gave intricate details of the nature of fissure, mistrust between the communities and possible psychosocial predispositions.
Irfan Engineer gave adequate foundation of linking polarisation politics in India and put West Bengal into perspective.
Giasuddin talked on the importance of focusing on all forms fundamentalisms in india and how civil society needs a greater role to play.
Finally Abhro Ghosh concluded by focusing on how social cultural dimensions needs to be taken up seriously because otherwise these mechanisms are systematically used by the fundamentalist forces.
Questions were asked how it is time for mapping these smaller and localised incidents in global perspectives.

Well, while we were working on the seminar, busily arguing on issues related to polarisation, disturbing events were surfacing at much greater scale centering on the event of Ram Nabami. AAMRA, immediately after finishing the seminar decided to go for a visit to Asansol where riots had take place. On the next day, a team of researchers from AAMRA went to make a visit to Asansol finding it another beginning of such studies.

A few photographs are given in the below. 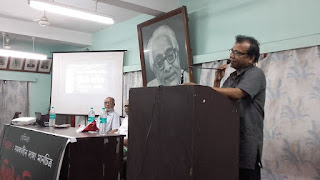 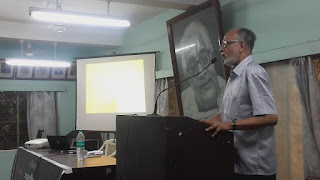 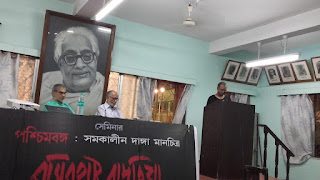 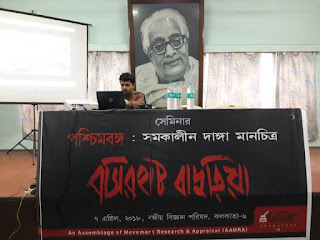 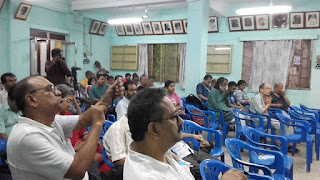